A Sample Speech about Bullying 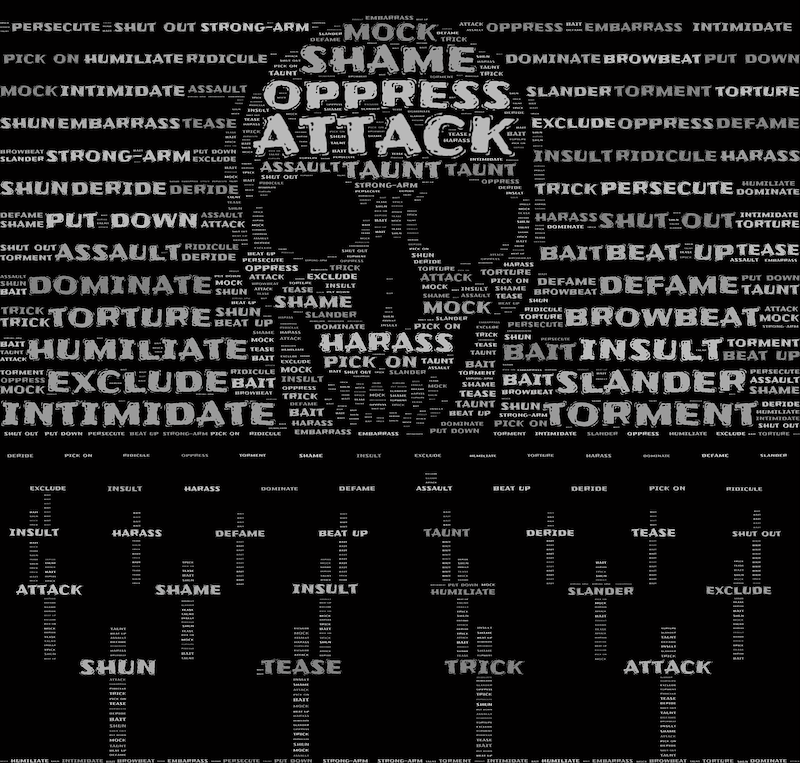 A very relevant persuasive speech topic for high school is bullying. This abusive behavior affects most students - those bullied, those who attacked others, and those who witnessed bullying.

This speech - submitted by a visitor to this site - is an excellent example.

It's powerful, well written and uses a rather poignant personal experience to make a point. Its object is - quite simply - to persuade you to be yourself and do what you know is the right thing.

Humans - we are believed to be the smartest creatures on earth.

We have our own special ways of communicating and acting around others. In fact, every single day, we talk, act, and behave so that our words and actions meet the primitive expectations of society.

I like to think of my entire body as a coffee machine; my heart the multi-colored coffee beans before they're ground; my mind the filter, and my words and actions as the coffee. And what happens to coffee beans? Before you put them into the machine, all of them are multi-colored and special in their own ways. But after they are ground up and blended together, the uniqueness within each bean is obscured. Once they have traveled through the filter, all people can see is just the plain coffee that they wanted. Nobody will ever see the rainbow-colored beans in the darkish brown liquid. Just like nobody can see your initial thoughts and decisions, that are at conflict with your words and actions. All that people can see and taste is the generic, finished product.

Maybe you're afraid that if you do not "filter" your original ideas and intentions, others will reject or dislike you. Perhaps they will see your ideas and decisions as too strong or too bitter, so you instinctively feel the need to change or to filter your coffee beans.

People would be so surprised if they saw MY original coffee beans. They would be shocked when they found out the real person I am.

When I was in 4th grade, I transferred to a new school. It was my 5th week there when I saw a kid being bullied on the playground. I was playing on the swings when I heard screeching and screaming noises from the other far end. I asked the girl beside me what it was all about.

She was like: "Oh, don't worry about it, it's just the 6th graders teaching the new kid in our grade a lesson." She said it as if everything was so natural.

She then smirked then whispered in my ear: "Don't tell anyone that I told you this but he has the plague!"

I was confused, so I asked her what kind of plague he had, and she told me "It's the 'nano-plague'."

She then explained that it was a virulent disease caused by nano worms that bit into your face, causing a permanent red mark. And if others touched the victim or touched something that he'd touched before 3 seconds had passed, they would be infected as well. Frankly, I was dying to see what that kid looked like.

When I got to the other side, I was astounded. I had never seen that many students circled around and cheering about something. I squeezed my way into the center of the circle, but the "plague" was nowhere to be found. All I saw were the backs of two or three tall guys dressed in our school uniform. They all seemed to be pointing and talking to something on the floor. Even though I didn't quite get what they were saying, and I couldn't quite see who or what they were talking to, my assumption was the plague.

Then I saw that most of the older spectators were laughing, so I laughed with them. As if the things the tall guys were saying were amusing in some way. After a while, I actually started to enjoy myself. Gradually the guys at the back started moving aside. My heart beat rapidly as I stretched out my neck for a better view of the inner circle. I was actually expecting to see a monster looking plague or perhaps a clone of Frankenstein or something. But to my surprise, it was just a normal boy.

He might not have been the most stylish person I'd seen, he might have had glasses that were way too big for his face, he also might have a birthmark that covered up a little less than one-third of his face, but to me, he was just a normal human being. Who deserved to be treated like one. The smirk gradually vanished from my face. It was then that I realized that this was not a game, this was not something funny, this was bullying. 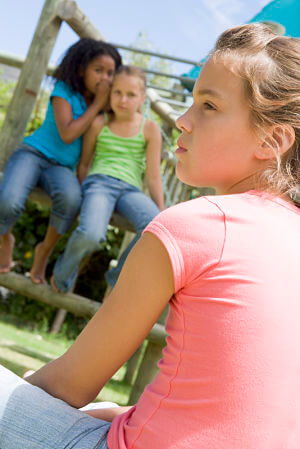 For a moment, there were just way too many thoughts and ideas going through my mind, and I was just overwhelmed. I remember thinking and asking myself questions like: Should I go in and help him? Should I at least stop it and tell an adult?

But instead of following my heart, and doing what was right, I froze. I froze there like a statue, too shocked to even blink. The shouting noises seem to have faded into the background. And I seemed to have faded in my own world. I regretted that I'd ever laughed at him. The feeling of complete melancholy, the feeling of downright regret and hatred, the feeling of resentment made an alliance and loomed over me. I felt like I was gagging on salty waters, but too afraid and too bashful to use my arms and legs to swim to the surface.

He must have noticed me, for he looked up at me with all the strength he had left. He was bruised all over his face. For about ten seconds, he looked at me and I looked at him. He then mouthed the words: "Help, please."

Instead of standing up for him, I backed down.

I walked backward, further and further back until I stumbled and fell out of the circle of spectators. I looked in his direction until the gap in the crowd started to fill in. Then I walked away fighting back tears.

But instead, I walked away and let the victim down.

Three years have passed since the incident, and a lot has changed and happened. But strangely, that scene is as clear and concise in my mind as it was then. The regret and the pain sting just as much as it did then. The incident has become a scar that has formed on my heart and never seems to heal. It's like a curse that can never be broken.

I'll bet he has forgotten and hated me for what I have done. And I have hated myself for not speaking up. But I know that it's too late now and I have already lost a chance to be brave and to be myself.

Perhaps the reason that people are afraid to reveal their true identities is that they might think their thoughts are too bitter, unlikable, unique and different. I'm a great example of that! I could have followed my heart and stood up for the boy, but instead, I went with the flow and didn't help a person in need.

I hope that people will learn from my experience and stop filtering their own unique coffee beans just to go with the flow. Please always be the person that you really are. I want to tell everyone that it's okay to go upstream. You don't always have to end up in the same position as others. And that's what makes this world colorful.

We hope you find this speech about bullying inspirational. Choosing a persuasive speech topic for high school presentations give you an opportunity to express your voice for change.

A Guide to Persuasive Speech Writing

3 Tips for Writing a Speech That Gets Results

If you struggle coming up with ideas for a persuasive speech topic for high school class assignments, consider brainstorming. Following are a few links to guides and software to help.

Coming up With Ideas

You may find several of the selections below appropriate as a persuasive speech topic for high school. For example, gender selection is particularly relevant for this decade in the United States. What do you think?

The Role of Marriage in Society

Using a Cell Phone Whilst Driving