Studying a free persuasive speech like the one shown below is often a good way to find the inspiration you need to write YOUR presentation. Check out the tone of this speech and try reading it out loud so you can see how it flows. The topic might become outdated, but the style and prose is useful to study for arguing the next hot topic.

This example represents an informal argument. The speaker argues with reasoning (logos) and passion (pathos) without citation to research and empirical evidence. That is fine in some circumstances where students or speakers are presenting personal views in an appropriate setting. Other times, such as formal policy debate, may require reference to supporting information or ethical appeals (ethos) to credibility and expertise. Also, some persuasive speech topics supporting data to overcome audience preconceptions or bias.

I am against the government sanctioning same-sex marriages. Am I intolerant? Am I homophobic? Am I part of a fundamentalist religious sect of some sort?

What if I tell you that I am against the government sanctioning marriages between a man and a woman as well? Am I against marriage? Am I an anarchist? Am I insane?

Actually, I believe I have the sanest solution to the whole marriage debate, and I don't hear anyone talking about it.

My solution is to leave the marriage tradition where it belongs - in religious and private institutions. 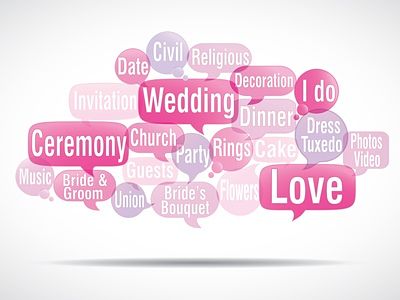 We are a free country, so why is it up to the government to tell us how we, the citizens, can define our relationships and which ones are acceptable in their eyes?

My contention is that:

Unless relationships by chosen consenting adults of their own free will endanger other individuals, the government has NO business sanctioning them or preventing them.

Am I saying that the government has no role in personal relationships? Well, not exactly.

Legal arrangements are necessary for the purpose of expeditiously dividing property and providing for the custody of any children resulting from a relationship, should the relationship end. Through legal arrangements, the rights of all involved can be protected.

That's why I believe that all legal partnerships between two people who have committed to each other should be civil unions in the eyes of the government. Whether these relationships are called 'marriages' or not is up to religious institutions and the individuals themselves.

I have a friend who is a lesbian. The woman she loves is Dutch, and they were married last summer in Holland, where such a union is legal. I saw the pictures. They were happy, joyful. Their families and friends attended the ceremony and continue to support them in their commitment to each other. They have a house together. They have jobs and pay taxes. They participate in civic activities. They are enjoying life, liberty, and the pursuit of happiness.

But what if their families did not support their choice and their commitment to each other?

If something were to happen to one of them, either a life-threatening illness or even death, by law, the family could prevent the partner from being involved in making decisions for her loved one's care or even the arrangements for a funeral. Unless prior arrangements were made, the benefits of being a legal couple would not apply to these two committed partners who make every bit as much of a contribution to society as any heterosexual married couple does.

I have a lesbian friend who has two children with her partner. If their partnership were to dissolve, it is possible that the woman who actually gave birth to the children could bar the other woman, the woman that the children have always known as their mother, from having any contact with them. The non-birth mother would have no rights. Are the children's rights protected here?

Some people argue that allowing same-sex couples to have civil unions would result in an undue financial burden on society. Others primarily argue same because the benefits that currently apply to married couples would subsequently have to be extended to same-sex couples.

So are we trying to prevent people from having equal rights to save a few bucks? To me, that's like saying we should not have allowed women the vote because it would increase the cost of elections.

Whether a name is given to that union beyond the legal one should be up to religious institutions and the individuals themselves, not the government.