This informative speech example was sent in by Mia from Canada.

I think Mia's speech is great - an excellent example of how to deliver information interestingly.

Mia has done her research and presented LOTS of facts - but the speech is far from boring! She has used a very engaging writing style that makes the address a pleasure to hear while doing its job of informing the listener.

I hope this excellent informative speech example helps you put together a presentation of your own. If you would like to share your speech with the visitors to best-speech-topics.com, please fill in a submission form.

Thanks so much, Mia for sharing your great informative speech example with us! 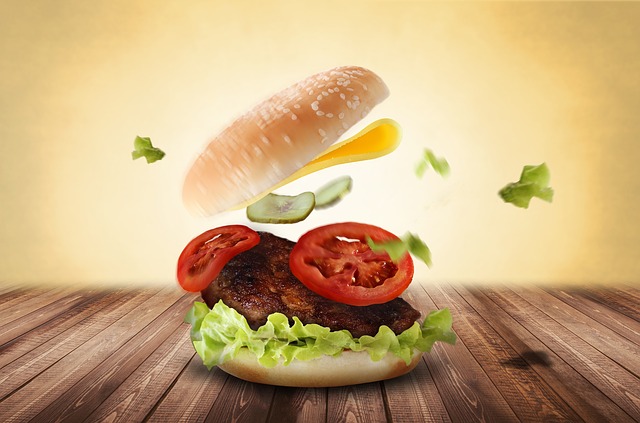 Image by Jonny Lindner from Pixabay

Giving you a little tingle when you take a bite. Savoring it for as long as possible or devouring it as fast as you can. What is this simple delight? It is - a burger!

As you probably all know, burgers are a very popular food, because of the wonderful mix of many flavors. They usually include cheese, patties, lettuce, tomatoes, pickles, cucumbers, bacon, and a variety of delicious sauces.

But, though the cheeseburger has evolved to be so mouth-watering, where did it originally come from? Who actually invented this famous and popular food? Well, to figure that out, let us take it a step further and start enjoying the history of who made the delicious and mysterious burger.

No one knows exactly when the burger was truly invented. This is because many people across the world have invented and made dishes similar to the burger. So they all think the burger is rightfully theirs! However, there are a few people in particular who have claimed the invention of the burger as "theirs" and have argued about the topic for years and years. The three people that most likely have invented the burger are Louis Lassen, Charlie Nagreen, and Fletcher Davis. Their claims have been strongest, and most people believe one of them or - in a few cases - all of them.

First of all, let's start with the claim of Louis Lassen. In 1900, Louis owned his own small lunch wagon, called Louis' Lunches. Apparently, the burger was actually made "by coincidence." Lassen had run out of steaks after a customer stopped by for a quick meal. So - thinking quickly - he took ground beef trimmings and made a patty, placing it in between two slices of toast. However, some critics such as Josh Ozersky, a food editor from New York Magazine, says that what Louis invented was not a burger because the bread was toasted.

So that brings us onto our next claimer, Charlie Nagreen.

Charlie is the most likely person to have invented the burger. This is because, in 1885, Nagreen sold a meatball in between two slices of bread at the Seymour Fair, now sometimes called Outagamie County Fair. Nowadays, many fellows from Seymour, Wisconsin credit Nagreen, who is known as Hamburger Charlie. Nagreen was fifteen when he was reportedly selling pork sandwiches, similar to burgers. Nagreen named these burgers Hamburg Steak because he knew that local German immigrants were familiar with the name and could understand it. He began making money, and soon, people everywhere from Seymour were buying Charlie's so-called 'burgers.'

Last but not least, to claim to be the inventor of the burger was Fletcher Davis. He lived in Athens, Texas, and - like Louis Lassen - owned a small lunch counter. According to history, in the 1880s, Davis started selling a 'burger' of fried ground beef patties, mustard and Bermuda onion in between two slices of bread, with a pickle as the side instead of fries, which we normally use today. Part of the story is that, in 1904, Fletcher and his wife, Cindy Davis, opened a sandwich stand in the St. Louis World's Fair, selling the burger. 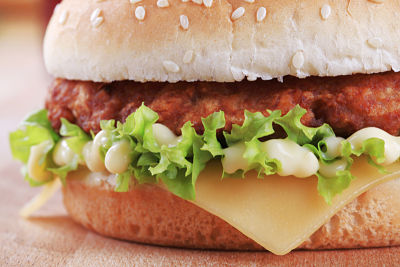