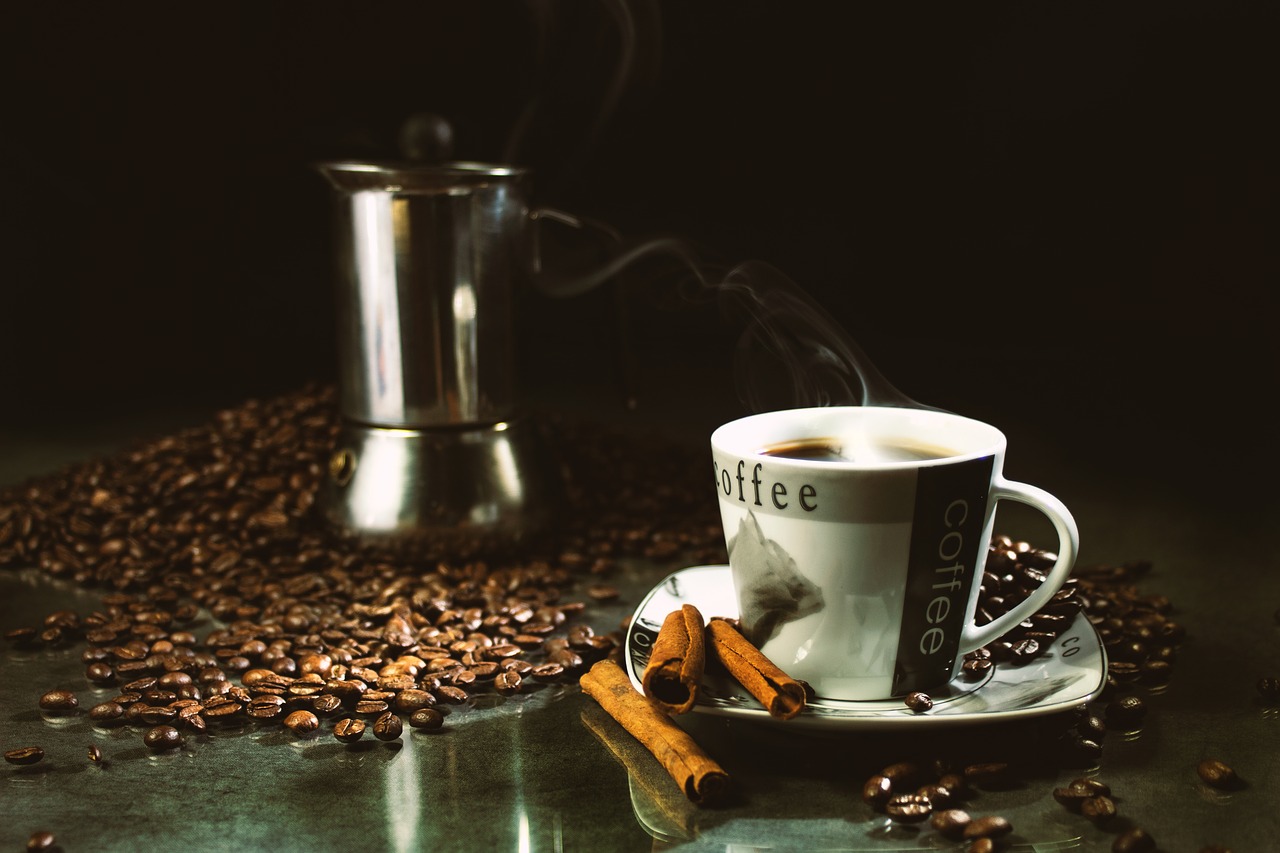 This sample informative speech is on the topic of caffeine... its beneficial effects AND its negative effects.

I drink a lot of coffee, so I was wondering how that might affect my health. This inspired me to do some research on the subject, which made it the perfect topic on which to base my sample speech. It's something in which I have an interest and something I have researched thoroughly (and therefore know something about!).

I hope you enjoy it and can use it as an example for writing your own informative speech.

There are lots more free sample of speeches here, so make sure you check those out too!

Start of Sample Informative Speech - Maybe a little too much caffeine?

Body of the Informative Speech about Caffeine

Positives and Negatives of Caffeine Consumption

Let's start with the good news. Caffeine, which comes from the leaves, seeds and fruits of about 63 different plants, is well known as a stimulant. That's why people drink it, right?

Caffeine does help you wake up and feel more alert and it has been shown to increase attention spans. This is a beneficial effect for people who are driving long distances and for people who are doing tedious work. Calling this a health benefit may be stretching it, though staying awake while you are driving a car definitely contributes to your well-being!

Caffeine also contains antioxidants, which have been shown to have cancer prevention qualities.

The negative effects of caffeine are largely dependent on how much you consume.

When consumed in small quantities - for example, when you have one cup of coffee or one soda - caffeine can increase your heart rate, cause you to urinate more (which can cause dehydration) and prompt your digestive system to produce more acid.

In larger amounts, caffeine can cause you to have headaches, feel restless and nervous, be unable to sleep, and even - in very large quantities - to have hallucinations. (Don't try that at home!)

When larger amounts of caffeine (over 600 mg per day) are ingested over long periods of time, they can cause sleep problems, depression and digestion issues.

According to a Medline article on the National Institutes of Health website, having caffeine in your diet is not of any benefit to your health, but by the same token moderate consumption is not considered harmful.

Most sodas with caffeine, unless they are specially enhanced, have about 35 mg of caffeine per 8 ounces. This means that you don't have to worry TOO much unless you are drinking several 2 liter bottles per day. Also, the effect of caffeine on you personally will depend on a number of factors, such as your weight, general health, mood and personal sensitivity to caffeine.

Conclusion of the Caffeine Information Speech

As you can see, caffeine can have both positive and negative effects on our health and well-being. Nevertheless, the bottom line is that if you drink your coffee or sodas in moderation, you don't have to worry too much.

So, the next time you are wondering whether or not you should have that second cup of coffee to perk you up, relax. At least now you know what it will - and won't - do for you!

Pick a subject you enjoy so that when researching the topic you'll be discovering new facts that you really WANT to know!