Here is a free informative speech on childhood obesity to use as a guide. I hope it inspires you to write the best speech presentation you possibly can!

Note that the speech points out that obesity is on the rise in the United States. The body narrative then goes on to list some of the reasons that this is so. Try to include similar elements in your work. In other words, present facts, then giving an explanation or more details to support those facts. Your audience will - hopefully - leave your speech with the feeling that they have learned something.

Remember that you do not need to persuade or convince your audience - an informative speech should exclusively inform! 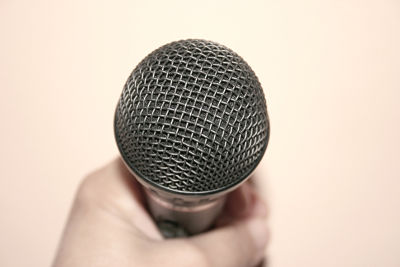 Obesity has been called the "new American epidemic" by many doctors. It is estimated that fifty-eight million Americans living in the United States are obese and that eight out of ten people who are over twenty-five are overweight.

Obesity is, easily, America's fastest-growing health concern. This condition, though, is not limited to American adults. Doctors have recently found that nearly thirteen percent of all American children suffer from this problem, and that statistic seems to rise each year.

Understanding the jump in childhood obesity rates is directly linked to understanding obesity itself. The American Academy of Pediatricians defines childhood obesity as occurring in kids who have a BMI of more than 30. Other institutions, though, suggest that a child whose body weight is at least 20% higher than a child of a similar height is obese. No matter what the exact definition, obesity is, simply stated, excess body fat.

Why, though, is obesity such a concern? I mean, hey, an extra Twinkie or two can't really harm a kid, can it? Actually, yes, it can.

Obesity can not only increase the risk of psychological problems in kids, such as eating disorders, depression, and anxiety problems. It can also put children at risk for all sorts of physiological problems. These problems include heart disease, high blood pressure, and diabetes. In fact, forty-five percent of all new cases of juvenile type-II diabetes are obesity linked.

Childhood obesity increases the risk of orthopedic problems. Because kids are forced to carry extra weight that their bone structures simply cannot handle, bowed legs and arthritis are increasingly present. Obese kids also have more skin disorders than children of a healthy weight. Obesity increases the skin area subject to folds, which, in turn, increases problems like heat rash and dermatitis. All of this can create serious problems for the child and our health care system. In 1979, hospital costs associated with childhood obesity were $35 million. At the end of the decade, they had risen to $127 million.

Some may suggest that the rise in childhood obesity rates is due to naturally occurring medical conditions like hypothyroidism and Cushing's Syndrome.  For each child who demonstrates these conditions, a medical professional should carefully evaluate symptoms of obesity. Most doctors suggest that the occurrence of these problems in children is quite low. However, the obesity epidemic is linked to more serious societal issues like low physical activity levels and poor eating habits.

There is little doubt that childhood obesity rates are on the rise, and treatments for the problem may be simpler than you think. The best treatment for the problem, on a societal level, is prevention.

We can accomplish prevention by increasing the number of mothers who breastfeed their babies. Breastfeeding delays the introduction of solid foods to six months of age. Other measures include limiting the television and video game intake of toddlers and older kids alike. Providing healthy, low-fat nutritious snacks and meals for kids of all ages helps, as well as creating family exercise plans.

If obesity is already present, treatment should include a manageable weight loss plan, behavior modification therapies, nutrition counseling, and an exercise plan.

Childhood obesity is on the rise, and clearly, everyone is at risk from the effects of this devastating condition. This "unknown" problem in America needs attention. Our children are our future, so it is unacceptable to put them at risk for obesity and the health problems associated with being overweight.

By advocating healthy diets, exercise, and education, the country can end the rapid increase in childhood obesity.

I do hope that this free informative speech on childhood obesity will inspire you to write your own "speech to teach" and impress your audience!

If you'd like to share your work, then I'd love to publish it here to help other speech-writers.

Informative Talk on Transferring an Idea by Speaking