Read, watch, and listen to an example informative speech below. 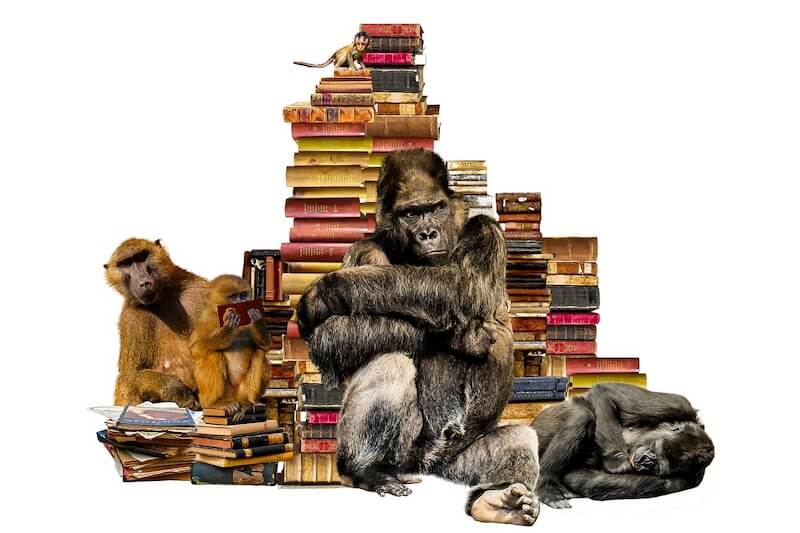 Here is the second example informative speech I've created. It's an interesting speech on hybrid animals (even if I DO say so myself)! I hope you like it too.

The first sample informative speech I created was on "The Truth about Caffeine." Thanks to everyone who wrote in saying that they loved it and wanted to see a more extensive selection of free samples of speeches on this site.

There are now more than 25 examples of different types of speeches, and I'll continue adding more as long as you folks keep asking for them!

TIP: Make sure you choose informative speech topics that genuinely interest you. Otherwise, you'll find it tedious to do research. Significant analysis and preparation are necessary to create a great presentation.

Ever Seen A Liger? 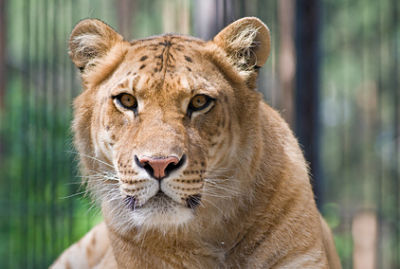 An episode of the edgy, humorous, and often line-crossing show South Park had the four young main animated characters singing the song "Pig and elephant DNA just won't splice" after a visit to the South Park Genetic Engineering Ranch. Unfortunately, this is how much of the country thinks about hybrid animals.

When most people hear the term "hybrid animal," they often think of odd, mutant creatures - hippopotamuses mixed with lions, dogs mixed with cats, or squirrels mixed with porcupines. Indeed, the word hybrid invokes the imagination and encourages one to entertain these improbable combinations as miracles of science.

However, the phrase "hybrid animal" merely means a crossbreeding of two animals - a process which has occurred for centuries, both artificially and naturally.

The idea of hybrids dates back to the mythology of ancient times. Folktales were full of animal-human hybrid stories like mermaids and minotaurs. The word hybrid comes from the Ancient Greek, meaning "son of outrageous conduct." But understanding hybrid animals lies both in nature and science.

Body of the Example Informative Speech

Hybridization has been occurring in nature for thousands of years. Diaries of early hunters in the northwestern territories tell of shooting bears that were large and off-white with hairy paws, suggesting hybrids of Kodiak and polar bears. Recent DNA studies confirmed this is possible.

The mixing of animals that are closely related happens naturally more than you might think. In fact, scientists have recently identified a number of hybrid zones or places where animal hybridization is most likely to occur based on a number of different factors. These hybrid animals are far more important to nature than you might think. Evolutionary biology studies show that the fittest animals survive, no matter whether they are hybrids or not, and while some are simply not genetically compatible in terms of survival, many others are.

A few examples of naturally occurring hybrid animals include the whitetail/mule deer, some Galapagos Finches, and the European Red Deer and Chinese Sika Deer. Noted evolutionary expert Charles Darwin even commented on animal hybridization. "Many species have bred in various menageries . . . Strange as the fact may appear, many animals . . . unite with distinct species and produce hybrids quite as freely as, or even more freely than, with their own species."

However, science has created some of its OWN hybrids for various purposes. Take, for instance, the mule - a cross between a female horse and a male donkey, which has existed since ancient Roman times. For centuries, mules have been used as a means of transportation and labor. Even today, their sure-footedness makes them one of the best animals to have in rough terrain or narrow passages. In countries such as Chile and China, mules are valued for their navigability. In fact, mules are still used to tour the Grand Canyon's steep and narrow trails!

The value of hybrid dogs and cats is changing, though. Crossbred dogs and cats were once considered mutts or mongrels, but today, with the ever-increasing crossbreeding and technology, some find that hybrid dogs and cats are "more valuable" because of their temperate personality, the shininess of their hair, or other desirable characteristics. Perhaps you want the security a Doberman Pinscher can provide, but you do not want its aggressiveness. Breeding with a more amiable dog could provide you with the best combination of characteristics.

Crossbreeding is a process that has occurred for centuries. There are many hybrid animals in the world, whether produced artificially, by scientists or naturally in a common habitat or because of familiar characteristics.

Conclusion of the Example Informative Speech

Though many believe the unlikeliest hybrid animals, such as the liger, can occur only in a laboratory, the hybrid polar/grizzly bear found in the wild repudiates this belief. In this way, hybrid animals provide us with fascinating questions on fertility as well as the limits, or rather non-limits, of nature, while challenging our imaginations - and our animated television shows like South Park - to envision the possibilities.

Watch or Listen to an Example Informative Speech?

#1 Ever Seen a Liger

I hope you enjoyed this example informative speech! I enjoyed writing about the unusual topic of hybrid animals, as there is not much known about the hybrids today. If you read or watch the news, you can find all sorts of great ideas for informative speech topics on which to write your presentation!

Stay tuned I will be adding more than one additional example informative speech in the future!

The Truth About Caffeine