Here's an example of eulogy speech to help you through one of the most emotional statements you'll probably ever have to give in your lifetime.

A eulogy or funeral speech is a speech given at a funeral or memorial service to honor the deceased. You may be asked to provide a eulogy speech for a family member or a close friend.

A eulogy is often one of the most challenging types of speeches to deliver due to its emotional nature. Providing a proper tribute can be very meaningful for the attendees of the service and particularly for the family members.

Essential elements of a eulogy are

It is perfectly OK to tell a humorous story during a eulogy as long as it is in good taste. Poems on death or quotes on mortality may be something you want to weave into your eulogy as well.

Below is an example of eulogy speech for a 60-year-old man given by a close friend. When preparing a eulogy of your own, substitute personal details of your friend or loved one's life for the information in this speech.

Beginning of Example of Eulogy Speech

Steven and I met in Mr. Rollins' third grade class. I'd like to say we became friends immediately but, actually, I thought Steven was quite the teacher's pet so I ignored him.

Of course, that studiousness and his ability to make friends with the 'right' people is probably why Steven ended up as the owner of his own successful company. I came to appreciate Steven's finer qualities and what I came to know eventually is that it was all real. Steven did not have an inauthentic bone in his body. Steven stood up for people. Something happened in the seventh grade that I will never forget and is a perfect example of the kind of person Steven was.

My brother, Eli, was two years younger than we were. There was a time when walking to school past Water Street became quite a challenge for many of us.

A gang of fellows gathered in front of a garage there and, when they were so inclined, they would drag one of us into their group and torment us. Most of us would escape eventually with a scraped knee or a missing lunch.

Eli and I walked together and usually when there was more than one, the hooligans wouldn't bother us. But one day I was sick and Eli had to walk by himself. He did not make it past the corner. Eli was grabbed and dragged to the center of their circle. You can imagine what happened after that. They pulled his backpack off him and pushed him down. Then Steven came along.

Years later Eli told me that even though Steven was the smallest kid in our class, he just walked right into the group and pulled him up off the pavement. He grabbed Eli's backpack and handed it back to him. "Go on," he told him. Eli scurried out of the group and looked back in time to see Steven taking his first punch.

I remember the next day Steven was pretty banged up with a black eye. I asked him what happened and he just said, "Nothin'... you know, Water Street." That's how Steven was, always strong, always humble.

As you know, Steven has been endlessly generous with our community through his charitable endeavors and with all of us who have been fortunate enough to call ourselves his friends. Steven, you are gone too soon and you will be missed.

End of Example of Eulogy Speech

I hope this example of eulogy speech has been of help to you. 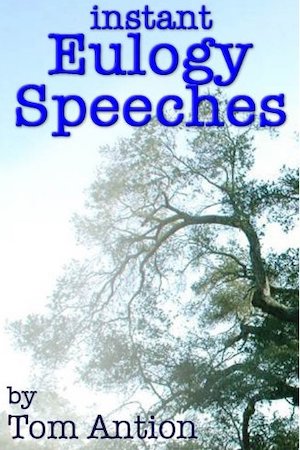 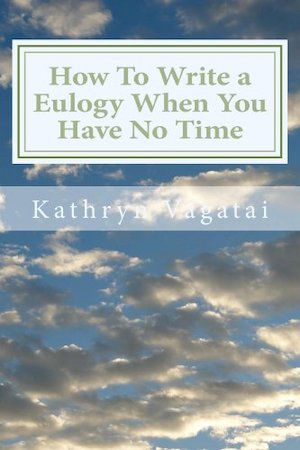